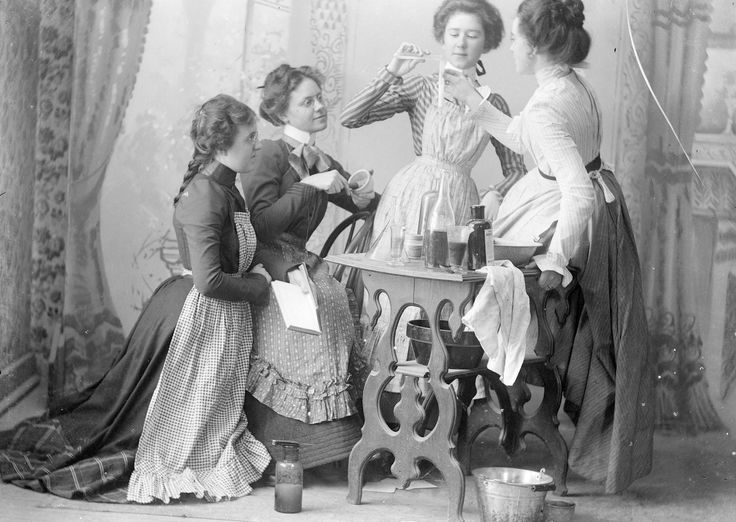 In September, TDS hosted a writing contest that was named after Professor Jon Meyers, The Jon Meyers Dark Humour Prize for Gothic Literature (a.k.a. The Jon Meyers Gothic Prize). Entries were read in October with the winners – selected by Meyers himself – announced on October 31st, just in time for Halloween. The winners were:

Now, over the next two days, all four short stories will be released individually to celebrate Contemporary Gothic Literature. And what better time to release them than December, when the cold bite of snow and ice warrants snuggling into a warm blanket in the dark? These four stories may not be Christmas-related, but they definitely fit into the Gothic tradition of storytelling during the Christmas season.

So without further ado, sit back, snuggle down, and grab your cocoa as you nestle into read…

Practical Alchemy on a Budget
by Liam Hogan

Congratulations on successfully decrypting1 your first alchemical text. In this introductory pamphlet, provided free with your Practical Alchemy for Young Widows of Modest Means2 weekly instalment beginner’s kit, we tackle a thorny problem for all except those with a substantial inheritance.

Alchemy, with its penchant for exotic materials and custom glassware, is alas never going to be a cheap pursuit, even if the knowledge and security it will bring can prove priceless. You will need to become a Grand Mistress3 to even attempt to transmute lead into gold, and so, until that exciting and often explosive day, here are some cost-saving measures you may like to consider.

The rare and expensive Hermetical writings you may be tempted to purchase in your eagerness to embark on the Great Work, were largely scribed by male practitioners towards the senile and embittered ends of their alchemical careers. They are a hodgepodge of over-elaboration and even deliberate obfuscation, such that the excuse for an experiment to fail is often already baked in.

Our home study packs are designed to cut away the frippery, to identify the nuggets of genuine knowledge, and to provide substances with guaranteed potency. You will find following our instructions cheaper and more efficacious than anything available elsewhere.

There are a few things you definitely won’t want to skimp on, whatever their cost. Cloth aprons are far cheaper than leather ones, but after an acid splash or two, you’ll realise you have wasted your money, as well as your skirts and quite possibly your petticoats. The corrosives discussed in lessons two and three will happily eat through most conventional fabrics, and oil of vitriol, if not neutralised, can cause serious burns, and even death4.

Similarly, it is recommended that you conduct your investigations in a well-ventilated space, and not, as you might otherwise be tempted to do, in overlooked and under-utilised attics and cellars. The noxious gases produced in lesson four can overwhelm even the most hardy, and fresh air is the only real defence5.

The creation of panaceas (lessons five, six, and seven) may absorb much of your time and effort, and justly so. But any alchemist worth their cyanide salt should never assume her remedy will work without first conducting trials. Alchemists of old would test particularly effective cures on aged elephants, putting many of these poor beasts of burden out of their lifelong misery, but this is well beyond the means of the average widow. Thankfully, there’s never a shortage of vermin, and rats that are unable to make it back to their lair will reliably indicate a lethal misstep.

Alchemy is a serious endeavour, not to be undertaken lightly. There is great risk, as well as great reward, and you should only proceed if you are certain of your intentions. It will not have escaped you that our introductory advice concentrates as much on the dangers of the chemicals and processes you are about to start experimenting with, as their cost. Necessarily so, for many of these substances are exceedingly toxic, and it behoves you to take careful note of their deleterious effects. This is vital, so that if you are visiting the apothecary or exploring the markets and docks for those harder to source materials, in the company, say, of one of your recently married young female acquaintances, you may diligently warn them of the dangers such powders and potions pose, as well as their alleged benefits. It would be remiss6 of you to fail to do so. Would it not be truly terrible if your enthusiasm was to inspire your distraught and sorely put-upon companion to attempt her own unguided alchemical venture, during which she might absent-mindedly spill a deadly and undetectable concoction into her boorish husband’s nightcap?

If your friend does have the misfortune to become a young widow, just as you are, we offer a generous referral scheme, and are even prepared to waive the usual membership fees, should you and she have inadvertently discovered a new and untraceable peril not previously recorded in our extensive archives. We always feel it is our duty to immediately warn all of our subscribers, so that they and their lady friends might avoid the same tragic consequences, and thus sleep soundly at night7.

1. As you embark on your journey, please remember to encode all research and notes, for reasons we trust will be obvious.

2. It is a sad indictment of today’s society that only widows have both the agency and the independent wealth to pursue this most stimulating of intellectual challenges. Should a widow remarry, she will find her wealth and her passions are legally no longer her own. Thankfully, second marriages are at least an alchemical practitioner’s choice, which is more than many of us had the first time around. Choose wisely.

4. Particularly for those of an elderly or frail constitution.

5. Locked windows, blocked up chimneys, and draft-proofed doors only increase the risk of suffocation.

6. And have possible legal ramifications. 7. If sleep should still prove illusive, and rather than any of the potential cures found in our correspondence, may we humbly suggest camomile?

Liam Hogan is an award-winning short story writer, with stories in Best of British Science Fiction and in Best of British Fantasy (NewCon Press). He’s been published by Analog, Daily Science Fiction, and Flame Tree Press, among others. He helps host Liars’ League London, volunteers at the creative writing charity Ministry of Stories, and lives and avoids work in London. Follow him on Twitter (@LiamJHogan) and learn more about his work at: http://happyendingnotguaranteed.blogspot.co.uk

Be sure to return to read the next short story, TO CROSS A VAMPIRE by Steven Lombardi, tomorrow morning. The celebration continues at 11am (EST).

2 thoughts on “The Jon Meyers Gothic Prize: Practical Alchemy on a Budget”

The official blog of THE DARK SIRE Literary Journal (darksiremag.com)